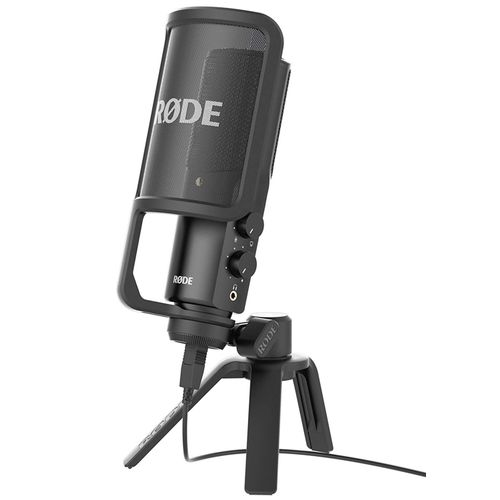 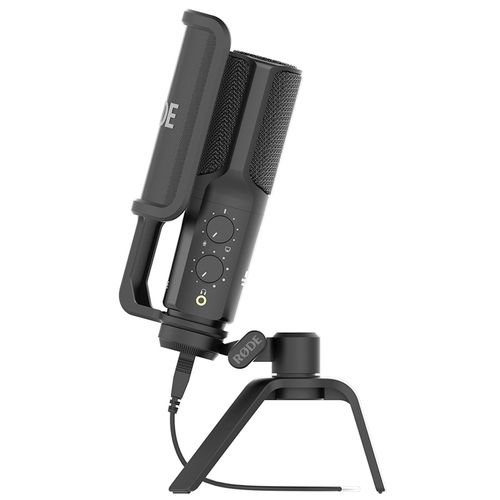 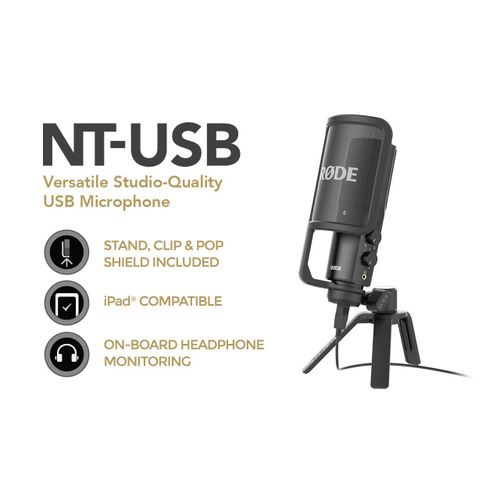 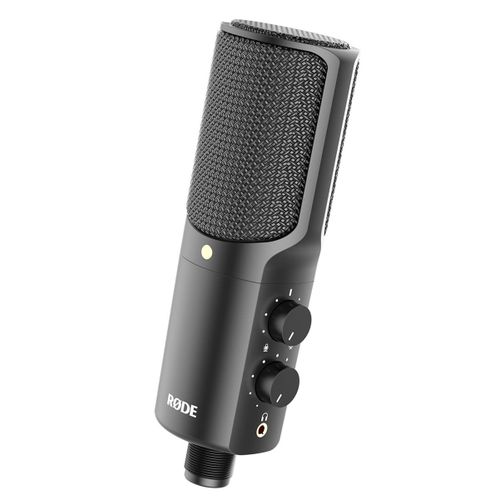 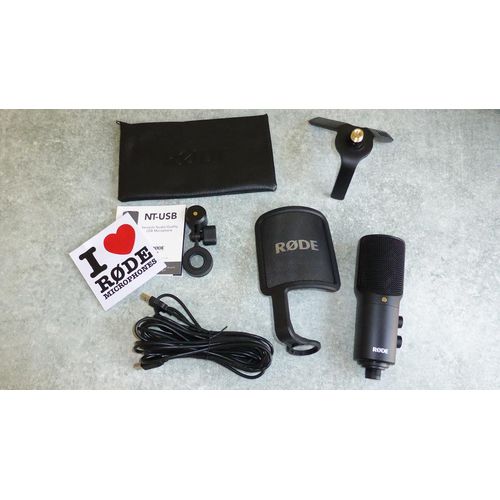 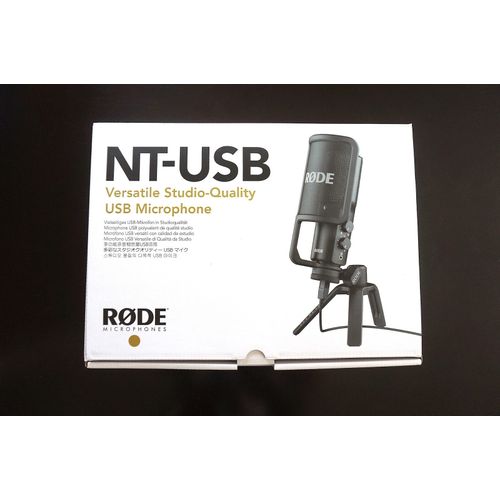 The NT-USB is a highly versatile side-address microphone that is ideal for recording singing and musical performances in addition to spoken applications such as podcasting and voice-over. It is fully compatible with all mainstream recording applications on both Windows and Mac OS based computers, as well as the Apple iPad using RØDE Rec, GarageBand, or any other recording app that accepts an external microphone. Use on the Apple iPad requires a suitable USB connection adaptor, such as the Apple Camera Connection Kit. The body of the NT-USB features a zero-latency stereo headphone monitoring (3.5mm) jack, which allows you to monitor the microphone input in realtime, along with dials to adjust the monitoring level and mix between the computer/iPad audio and the microphone input. A premium pop-filter is included, which fits onto the base of the mic, positioning the filter the ideal distance from the capsule to minimise plosives (hard ‘B’, ‘T’ or ‘P’ sounds that produce a harsh sound) during singing or speech.