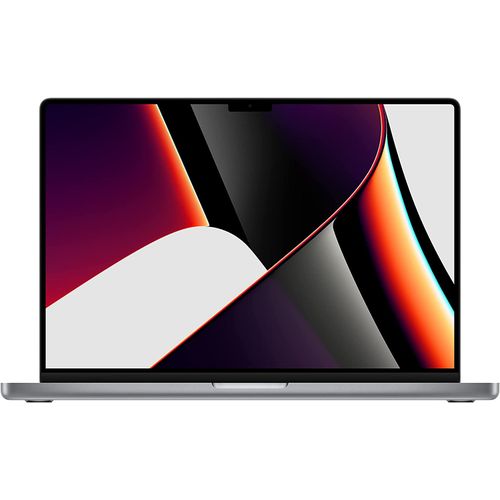 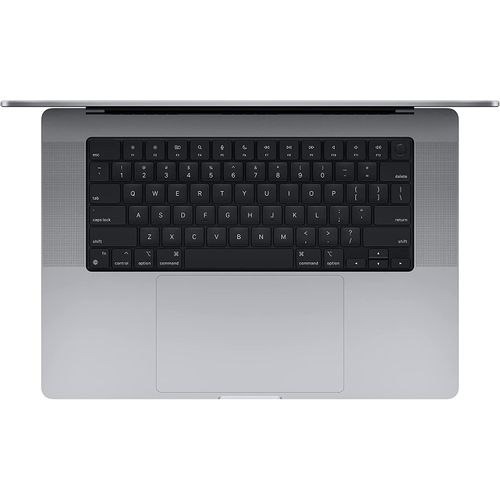 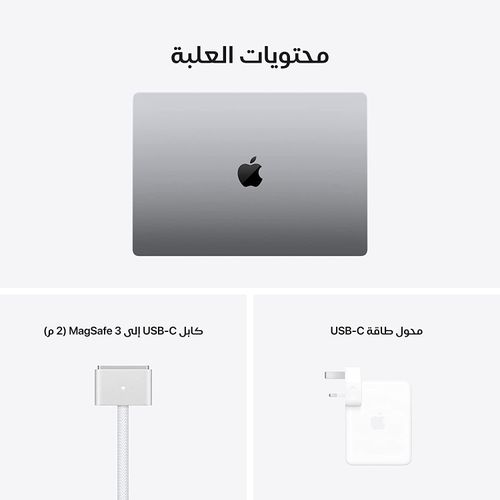 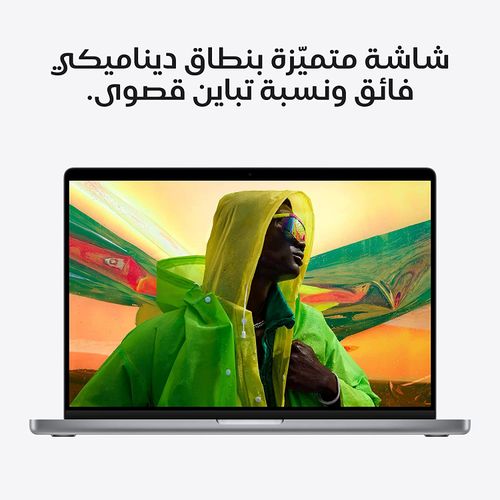 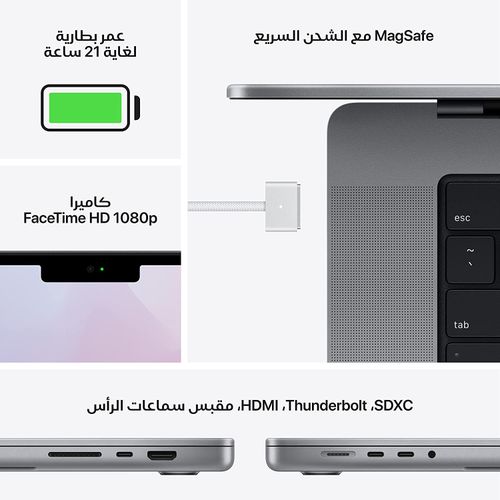 Delivery EGP 52.44
Ready for delivery between 16 August & 17 August when you order within next 2hrs 49mins

Delivery EGP 10.83
Ready for pickup between 16 August & 17 August when you order within next 2hrs 49mins

Apple M1 MaxPacked with 57 billion transistors, the Apple M1 Max integrates the CPU, GPU, Neural Engine, I/O, and more into a single system on a chip (SoC). Built with 5nm process technology, the Apple M1 Pro delivers the performance you need without sacrificing power efficiency. The 10-Core CPU features eight performance cores and two high-efficiency cores. The 16-Core Neural Engine provides support for on-device machine learning acceleration and improved camera performance. The M1 Pro offers up to 400 GB/s of memory bandwidth as well as support for up to 64GB of unified memory. The efficient architecture of M1 Pro means they deliver the same level of performance whether MacBook Pro is plugged in or using the battery. With up to a 32-Core GPU, the M1 Max can provide up to four times faster GPU performance than the M1. M1 Max also offers an enhanced media engine that features two ProRes accelerators for even higher multi-stream performance. As a result, professionals can edit up to 30 streams of 4K ProRes video or up to seven streams of 8K ProRes video in Final Cut Pro. Video editors can even grade color in HDR on 8K ProRes 4444 video while on battery.

16.2" Liquid Retina XDR DisplayFeaturing mini-LED technology, this MacBook Pro houses a 16.2" Liquid Retina XDR display. Delivering up to 1,000 nits of sustained, full-screen brightness, a high 1,600 nits of peak brightness, a 1,000,000:1 contrast ratio, and a billion colors, the Liquid Retina XDR display can handle the extreme dynamic range of HDR content, providing detailed shadows, brilliant specular highlights, deeper blacks, and vivid colors. The display is less than 4 mm thin, which is achieved by having seven films and diffusers that mix and shape the light efficiently. The oxide thin-film transistor (TFT) allows pixels to charge twice as fast as before.

Thunderbolt 4Thunderbolt 4 combines ultra-high bandwidth with the versatility of the USB Type-C industry standard to create one revved-up universal port. It integrates data transfer, charging, and video output in a single connector, delivering up to 40 Gb/s of throughput for twice the bandwidth of Thunderbolt 2. The MacBook Pro is equipped with three ports, so you can do all of that from either side. Existing devices are easily connected with a cable or adapter. And Thunderbolt 4 is reversible, so no matter how your plugin, it's always right-side up.

MagSafe 3MagSafe 3 makes connecting a power cable quick and easy while also protecting your MacBook Pro. Apple also brings fast charging to the MacBook Pro, allowing you to charge up to 50 percent in just 30 minutes.

KeyboardPhysical function keys are back with the Magic Keyboard on the MacBook Pro. Replacing the Touch Bar, the familiar, tactile function keys have made their return. There is even a wider ESC key.