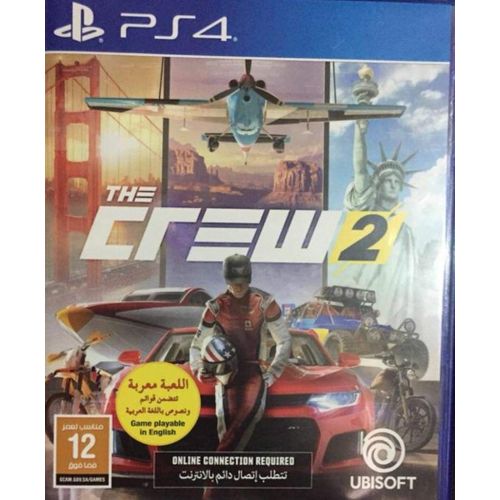 The Crew 2 is a racing game. In the game, players assume control of a racer, who is trying to work their way to become successful in multiple disciplines.[1] It features a persistent open world environment for racing and free-roaming across a scaled-down recreation of the contiguous United States.[2] In addition to cars, players can control other kinds of vehicles including airplanes, motorcycles, and powerboats. Each vehicle has their own control physics, meaning that gameplay is different when players are controlling different types of vehicles. Players can switch between controlling air, land and sea vehicles instantly.[3] The game features four different hub worlds, with each having their own theme and playstyle. These themes include off-road, street racing, pro racing, and freestyle. Both vehicle and character customization will be featured in the game.[4] Similar to the first game, it will place a huge emphasis on multiplayer. It also features a cooperative multiplayer mode, which allows players to join different rally raid events together. This mode can also be played solo with artificial intelligence.[5] The Crew 2 requires a constant internet connection to pla